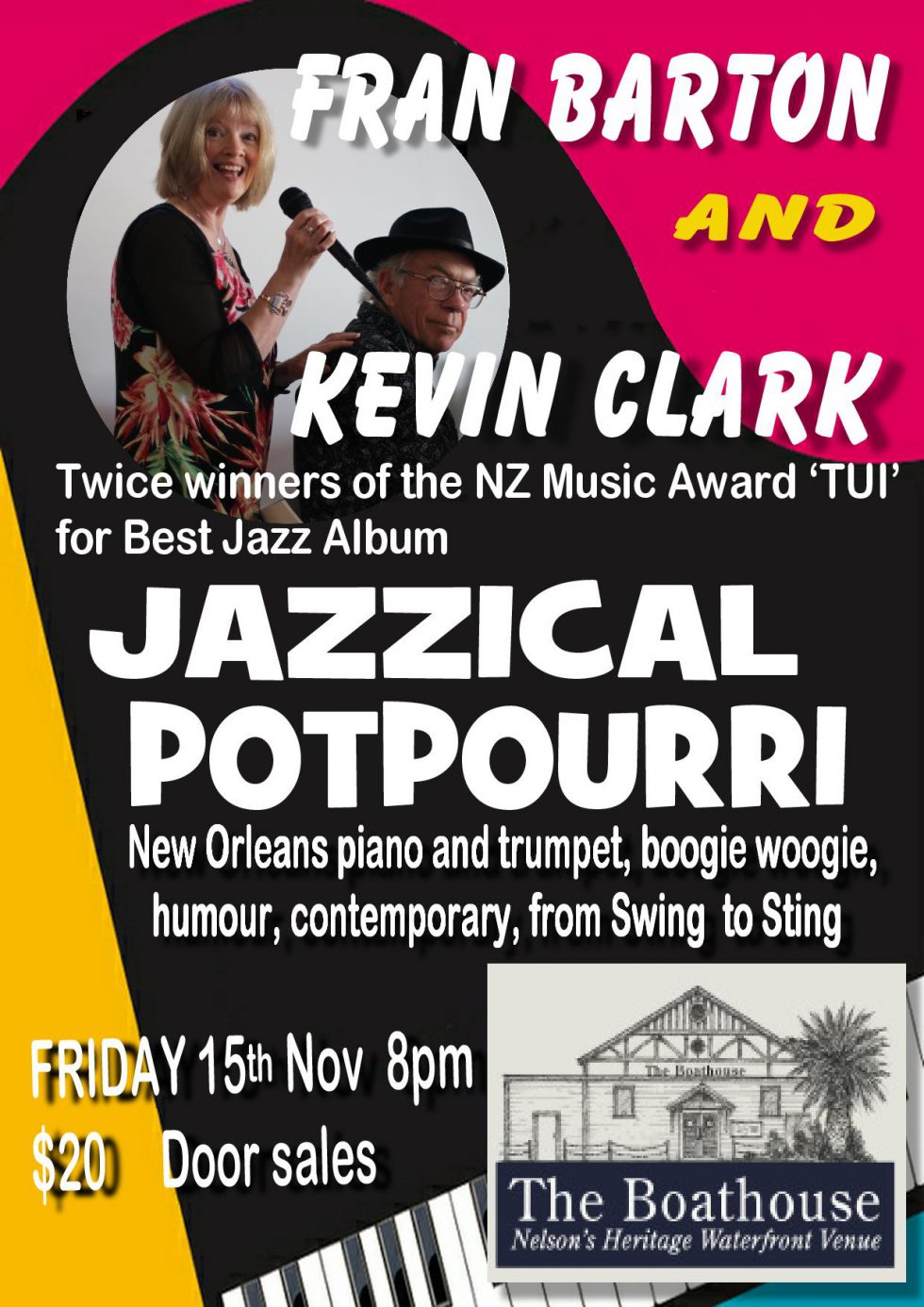 Pianist Kevin Clark and vocalist Fran Barton  first teamed up together in the early ‘70s working together at the Beefeaters Arms fine dining restaurant and then the Napoleon Room in Wellington for several years, and moved on to regular television and radio work.

They have a long list of credits including some fifty television appearances, about thirty radio programmes, appearances at major jazz festivals and venues in New Zealand, and a total of five albums.

A past assistant tutor and exterior moderator at the Massey Conservatorium, Kevin Clark is one of New Zealand’s celebrated award winning and best known jazz-pianists, a composer and arranger, having won the NZ ‘Tui’ Music Award for his original music with Best Jazz Album in 2003, again in 2005 and his last album Zahara was a finalist in 2007. In 2013 the Wellington Theatre Federation awarded him Best Original Score for a stage show. An album previously unreleased recordings of his 1970s psycedelic indo-jazz fusion music with Dave Parsons has just been released by a Spanish record company in the USA, UK, Europe, Japan and New Zealand. In 2016 Kevin published a book, FROM THE BANDSTAND about his musical exploits over sixty five years. It has all but sold out.

Fran is on Kevin’s CDs as well as three albums with the group featuring her called Don’t You Feel My Leg, On Saturday and The Gentleman is a Dope, which was released in 2015 to celebrate forty years of music together.

Fran first came to public attention as the lead singer on the 1972 hit ‘Pretty World’, and now must be the longest surviving still performing vocalist in Wellington, if not New Zealand.

As a duo they are very busy and popular with their brand of fun accessible “Jazz and Other Stuff” with quirky humorous songs, jazz, boogie woogie, New Orleans, some pop classics and Latin. Kevin also plays the trumpet and piano at the same time.