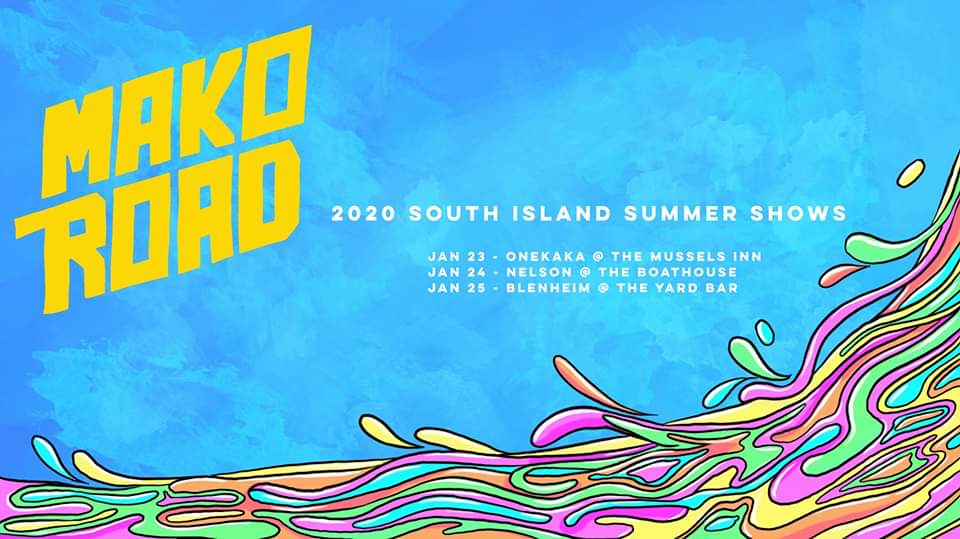 Formed while at the University of Canterbury, Mako Road is a indie pop-rock outfit from Christchurch, New Zealand. Beginning as a covers band playing at University events and parties, the 4 boys eventually developed their own sound influenced by a range of genres, leading them to release 3 singles in 2017, and their debut EP ‘The Green Superintendent’ in early 2018. They like genie pants, denim, turtle necks and dad sandals.